With the advent of UPI, making online payments for buying a commodity has become much easier than ever before. However, there are still many people, especially the people belonging to older generations, who still prefer making payments in hard currency in the form of notes and coins. However, carrying a large sum of money in the form of hard currency has become a task in current times. Beating this notion, a person paid Rs 50,000 in only Rs 10 coins for paying the downpayment of a new TVS Jupiter.

The incident is from Rudrapur, where a person, whose identity is undisclosed at the moment, paid Rs 50,000 completely in the form of hard coins to make a payment while buying a new TVS Jupiter. The person came with 5,000 coins of Rs 10 each for making a total payment of Rs 50,000, post which the representative at the authorized TVS showroom started counting those coins. A video of the entire incident of Rs 10 coins stacked in bundles and the representative counting them has gone viral on social media handles, attracting the attention of a lot of netizens.

It is not the first time that someone has tried making payments in a such large number of coins while buying a vehicle. Previously, there have been incidents in which customers have tried making payments in hard coins, which have been difficult for the showroom representatives to count and accept. We have seen people bringing coins in sacks and boxes and handing them to sales representatives as down payments for the vehicles. In a few incidents, people also tried to make the entire payment in coins.

Can make a cash payment of up to Rs 2 lakh 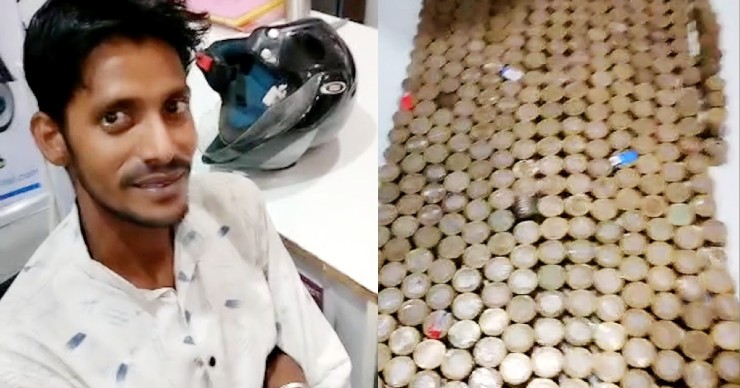 Counting and affirming payments made in coins is not illegal by any means, however, it takes a lot of time and patience, for which the showroom representatives are usually not ready. Also, there is a common limit of Rs 2 lakh for payment in hard cash, beyond which the dealer outlets charge a percentage as additional tax.

While buying an affordable scooter with entire payment in hard cash is not too difficult, this might come as a challenge when buying a larger vehicle which is much more expensive than a scooter. In this case, the affordable scooter was a TVS Jupiter, the prices of which start at Rs 69,990 and go to Rs 85,246. However, it is not clear which variant of the TVS Jupiter was purchased by the person who made payment in Rs 10 coins.

Previous articleBest Black Friday deals 2022: Best early live deals in the UK
Next articleEnjoy all the perks of an iPad Pro for a fraction of the price