Uber India, one of the major cab aggregators in the nation, has announced that it has begun a trial programme under which it has begun providing electric vehicles to clients in several areas of the Delhi-NCR region and claims it will be increasing its efforts over the coming months. According to the company currently, it is only available for prescheduled trips. 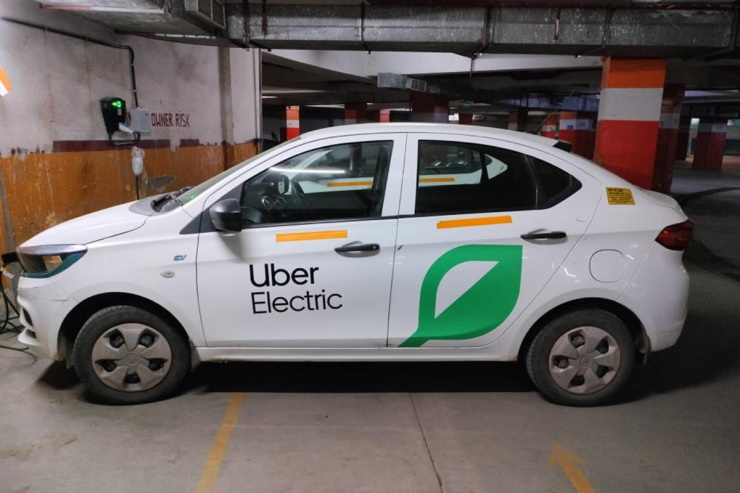 A spokesperson from Uber India commented,

We have begun offering riders the choice of an electric vehicle on pre-scheduled trips under the Reserve feature on the Uber app. Uber Electric remains limited to parts of Delhi-NCR currently. As the leading mobility app in India, we are committed to supporting the Indian government’s emission goals. Expect to see more electric vehicles — be they two, three or four-wheeled — across Indian cities in the coming months.

The company declined to disclose the number of EV cabs that are currently operating on its platform in India. However, the company insisted that it is collaborating with numerous fleet partners, OEMs, and charging infrastructure providers “to gradually build the EV business in a sustainable manner.”

Currently, customers can select a pick-up time for the journey up to 30 days in advance using the app’s Reserve feature, which makes electric taxis available. Furthermore, the app’s description states that users may cancel their planned journeys for free up to 60 minutes prior to their departure.

This move by Uber is said to be a response to India’s demand that the ride-hailing companies electrify a sizable percentage of their fleets over the next several years. According to a 2019 Reuters report, the Indian government has mandated that Uber and Ola convert 5% of their fleet by 2022 and 40% by April 2026. The campaign coincided with New Delhi’s promise to lessen its reliance on foreign oil imports and reduce air pollution in order to satisfy its obligations under the 2015 Paris Climate Change Treaty.

In other Uber news, recently the Karnataka Transport Department ordered that all taxi aggregators, including Uber, Ola, and Rapido, stop operating their vehicles within the state. However, the Karnataka High Court issued a stay order on this specific prohibition, allowing them to breathe a sigh of relief. According to sources, the appeal Uber India and Ola Cabs’ parent firm ANI Technologies Private Ltd filed to challenge the ban enacted by the Karnataka state government led to the stay decision.

Following the announcement of the stay order, Uber released a statement that said,

We welcome today’s court order, which recognizes that auto drivers have the right to operate using aggregator platforms. It also recognizes that platforms like Uber can charge a booking fee, which allows them to cover their costs and continue to provide their services,” The company further added, “We will continue to engage with the government to find ways of regulating the sector in a way that allows for riders, drivers, and platforms to benefit from technology that has truly transformed urban mobility.